More than anything, Forge of Empires is a game that requires both tactical and strategic planning. Each new age brings with it not only excitement and fresh adventures, but increased difficulty levels. Perhaps the biggest mistake new players make is rushing ahead into new ages, then running out of the resources needed to do anything. Having an unhappy population, never having enough goods, supplies or gold coins to unlock technologies or construct the latest buildings, while relying on an antiquated military which can't win any battles isn't fun or entertaining. There is a better way.

When you complete the research in an age's technology tree [the tech tree], stop and establish your city. Don't be impatient and rush ahead into the new age because you like fireworks. The show doesn't last long and when it's over all you'll find is that it's much harder work to get things done than it was in your previous age. Without having control of goods you can't complete techs, you can't build Great Buildings (GBs), you can't really do anything. You're stuck. With a little patience and planning, you can establish your city and then march confidently into new ages and enjoy the experience.

Here are a few tips to help you manage your city and enjoy Forge of Empires. 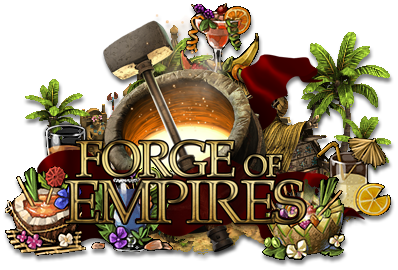 Don't go to the next age until you have at least 250 of each goods of your current age and previous ages. Personally, I won't go to a new age until I have 500 of each goods for my current age and all previous ages in stock. If you can learn to control goods, you will control the game and the enjoyment factor increases immensely. The best way to stock up with goods is to build 4 or 5 goods buildings for the resources you've discovered in the Continent Map and then trade for the others. If you're in the Iron Age for example, and have say 2 limestone masons and 3 jewelers all producing 20 goods each per day, that's 560 limestone and 840 jewelry in 2 weeks. If you keep 250 of each, that leaves you 310 limestone and 590 jewelry you can trade for 300 each of the other Iron Age goods of ebony, iron and cloth. If you also have say a lumbermill producing surplus lumber every day, that will produce enough surplus lumber to trade for other Bronze Age goods to replenish stocks as you use them.

Having goods buildings for which you do not own the resources and which produce only 4 goods a day is a waste of time and space. Build multiple goods buildings for the resources you have and trade in the market for the other goods. If you're a member of a decent guild, your trades shouldn't be in the market very long. Being patient and waiting two weeks before jumping to a new age pays massive dividends in gameplay, and ensures you will not get stuck in the new age. Great Buildings are also very important. A basic Babel and a Lighthouse will produce over 200 goods between them in 2 weeks, not to mention the benefits of population increase and supplies boosts. When you have control of goods, the game flows, and going to new ages is an adventure. 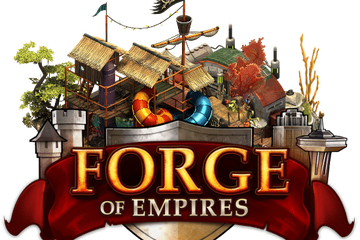 Waiting at the end of an age until you have your goods stocked up also gives you a breather in both gold and supplies expenditure, giving your city time to stock up on those as well. New buildings in each age become progressively more and more expensive to build, and goods become more expensive to produce in coins and supplies. A holiday in expenditure to get coins and supply stocks up before jumping to a new age will help you.

Military intelligence is also important. When you move to a new age, you will face vastly improved troops, with better weaponry and armour. This makes the Guild Expeditions and city defence more challenging. Taking a break at the end of an age gives you time to enjoy GE with your advanced armies, ensuring easier battles with superior troops, and will reward you with more relics and prizes from chests. Taking the time to get to know your troops and how to use them effectively in each age pays worthwhile short term and long term dividends. 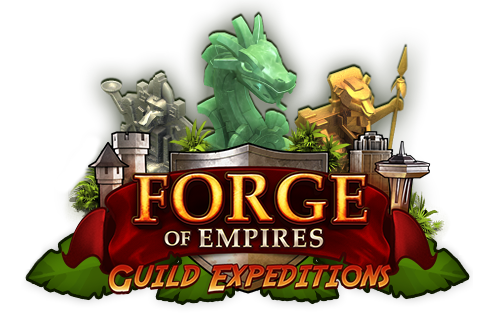 Forge Points are something else that can be managed. The best way to manage forge points (fps) is to build up a stock of say 100 in your inventory. How you do that is by sniping top spots in friends and neighbour's GBs, and by having a daily swap with someone. I swap 10 fps every day with another player. It doesn't get our GBs up any quicker, but we do get the forge points, medals and blueprint rewards when our GBs level. These forge points are delivered to your inventory as packages. When you have say 100 forge points in your inventory, you can then sneak around your friends and neighbours on the prowl for good rewards to snipe in their GBs. Establishing cities at the end of an age is also a good time to level up existing Great Buildings and ensure you have all the important GBs constructed.

The key to enjoying Forge of Empires is to stay in control of your military, city happiness, goods production, coins, supplies, and forge points. When you reach the end of an Age, don't rush off into the next age, have a breather, get in control and you won't get stuck.

The key to a successful tavern is getting all the upgrades and having friends who visit it daily. Tavern silver can be used for many things, including extra turns and attack boosts for the Guild Expeditions. How I play GE is to play the first two levels without the boost and buy the 24 hour 30% attack boost for level 3 and try to get through the level before the boost expires. With attempts regenerating at 1 per hour, this is possible in a 24 hour period. When I can't fight any farther, I then begin negotiating. When you can fight 3 levels of GE every week, it is possible to then also complete the 4th level of GE every week by negotiating. This is also the key to a successful diamond city, as most diamonds seem to be won in level 4.

We were in a gold cup GE competition, and we were in the lead, and all of us had finished 64/48 except for one girl who was on 61/48. She only needed 3 more fights and the guild would have been at 133.3% first, and the gold cup would have been ours. She had plenty of goods, we made sure of that, but she ran out of tavern silver for the extra turn. While she was frantically trying to get folks to visit her tavern, the other guild slipped past us and got to 133.3% first. We were beaten on tavern silver. If you are a GE player, always keep at least 3000 tavern silver in reserve when upgrading.

Managing friends who visit your tavern every day is important. I play on a PC, and every month, once a month, I aid from my Town Hall. The Event History shows me everyone who has aided me for the last 6 days. If I click all the aid buttons in the Town Hall Event History for the last 6 days, and then go through my friend's list, I can see immediately if anyone hasn't aided me during that time because they're still highlighted. Anyone still highlighted hasn't aided me for 6 days so I unfriend them. I don't think you can do this on an iPad or a phone, but you can on a laptop and a PC. There are a lot of people who send friend invites who have no intentions of aiding you, they just want mugs who will aid them. Too many players of that nature in your friend's list, and your tavern silver will suffer dramatically. Clearing out non aiders once a month and replacing them with faithful players will keep you in plenty of tavern silver.

A word of warning is needed here as some players only aid from the Town Hall as a matter of course. They think that if you aid from the Town Hall, only those who aided you in the last 24 hours get aided back. This is not a good strategy. No one aids every 24 hours, it's impossible. Aiding times creep ever closer to bedtime, so sometimes you have to wait until the morning. That means you regularly miss a night and it can be almost 48 hours before you aid again, and yet you are still aiding daily. If someone is aiding in the Town Hall only those players who have aided them in the last 24 hours, you're going to be missed out and they will think you are a non aider and possibly unfriend you. If you must aid from the Town Hall, always go back at least 3 or 4 days before unfriending anyone. I go back 6 days. If someone hasn't aided me in 6 days, there's no point in having them as a friend in the game.

As you advance through the ages, producing goods becomes increasingly more expensive. Trading goods from early ages and asking for the same amounts of goods from far more advanced ages is, therefore, considered unfair. The accepted fair trade standards for the game are 1:1 for same age goods, and 2:1 or 1:2 for goods of the ages just above and below you. Offering 50 Bronze Age stone for 25 Iron Age jewelry is a fair trade, as would offering 25 Iron Age jewelry for 50 Bronze Age stone. Unfair trades are usually frowned on, and with good reason. In large guilds where there may be hundreds of trades in the market, your guild mates don't have time to check every single trade to see if it is fair or not. They just want to quickly skim through the guild market and trade without having to worry about being ripped off.

Of course, there are times when unfair trading is perfectly acceptable, such as when you pay forge points to buy goods from advanced players, who will then take your Bronze Age goods in exchange for their advanced goods. Passing goods between guildmates to help win cups in the Guild Expeditions, unlock techs, or build new GBs is another instance when unfair trading is considered good gameplay.

Renovation kits (reno kits), One Up kits and upgrading

Renovation kits (Reno kits) and One Up kits upgrade some special buildings. If you had a Harvest Barn or a Pirate Ship in the Bronze Age and you were in Modern Era, a Reno kit would upgrade your Barn or ship all the way to Modern Era. A OneUp kit, as the name suggests, would only upgrade your Barn and ship to the Iron Age because they only upgrade buildings one age at a time. Reno kits and OneUp kits are among the most valuable items in Forge of Empires.

Some special buildings are not worth wasting Reno kits or OneUp kits on, such as Shrines of Knowledge (SoKs). No matter how much you upgrade them to new ages, they will still only produce 1 forge point, so don't waste your Reno kits and OneUp kits on them.